Theme 3: The etiology of therapy-related malignancies in cancer survivors 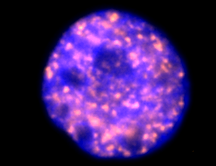 Childhood cancer survivors are confronted with a variety of chronic health conditions as a consequence of their life saving therapy. Most chemotherapeutic drugs act by fatally damaging the DNA or blocking the replication thereof. However, noncancerous cells are also damaged by treatment, which can result in the accumulation of DNA mutations in normal tissues with potentially adverse effects later in life, such as novel malignancies. To minimize these adverse late effects, cancer treatment should be adapted to reduce mutagenicity for normal tissues while the cytotoxicity for cancer cells remains unaltered. However, the long-term mutational consequences of childhood cancer treatment in normal cells are currently unknown. Our goal is to study the mutational effects of chemotherapy in normal tissues of children in order to develop novel treatment strategies aimed at minimizing adverse late effects.

Strategy 1: Characterizing the mutational consequences of chemotherapy in normal cells of children

We systematically assess the mutational consequences of chemotherapy exposure in the hematopoietic system of children treated for cancer, as this tissue is extremely sensitive to chemotoxicity. For this, we compare the mutation burden of individual hematopoietic cells isolated of the same patient before and after exposure to chemotherapy and perform in-depth mutational analyses to pinpoint additive mutagenic effects of cancer treatment. We use the observed somatic mutations to examine the effects of treatment on the clonal composition and dynamics of the entire blood tissue. In addition, we have developed a unique cell screening assay to identify genotypes that increase the sensitivity of patients to the adverse mutagenic effects of chemotherapy. By systematically analyzing genome-wide mutational patterns resulting from such interaction, we aim to define genetic risk markers.

Genetic instability is a major safety concern for the use of stem cells in regenerative medicine. However, hematopoietic stem cell transplantation is routinely used for therapeutic purposes even though we do not know if this procedure can increase genetic instability and cause clonal hematopoiesis or even leukemia. Here, we address this question by comparing somatic mutations in the genomes of single HSCs before and after transplantation in multiple patients.

Therapy-related malignancies are a major cause of long-term mortality among childhood cancer survivors. However, it is unclear how exposure to chemo- and/or radiotherapy early in life induces carcinogenesis. Our aim is to determine the mechanisms and rate-limiting steps underlying the genesis of second malignancies in childhood cancer survivors. For this, we apply our unique methodology to study mutation accumulation at the single cell level in longitudinally collected blood samples of patients who developed of a therapy-related hematopoietic malignancy. Instead of focusing on identifying cancer driver mutations, we use the entire set of (mostly passenger) mutations in these cells to: